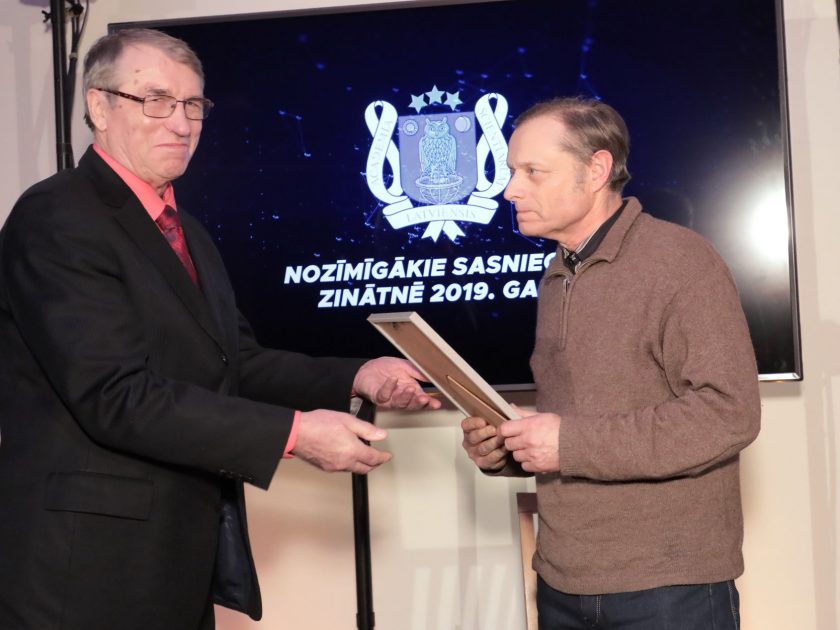 In December, 2019 the Latvian Academy of Sciences (LAS) has announced the list of the most significant achievements in Latvian science of the year. The top 10 achievements were selected from 44 eligible proposals, while seven proposals were acknowledged with the Diploma of the President of the LAS. EDI with it’s space timer implementation is also among selected proposals.

The award ceremony to honour the best achievements in scientific research of 2019 is due to take place at the Latvian Academy of Sciences on Thursday, February 6, 2020, at 4 PM.

Everyone is welcome to attend the ceremony.