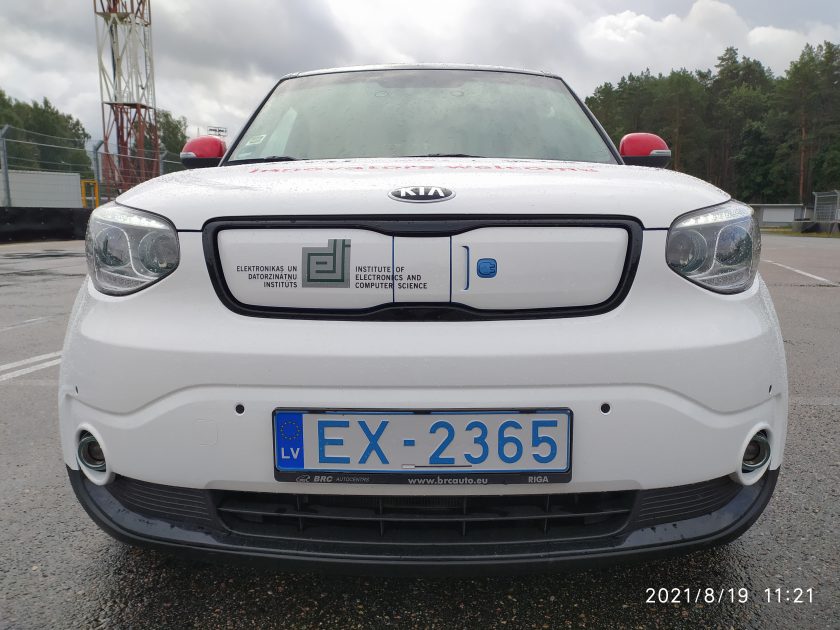 On August 20 of this year, remote driving was demonstrated within the festival “Lampa” in Cēsis and Biķernieki track in Riga. During the demo, we used the EDI “drive-by-wire” technology that was developed during the “5G-Routes” and other projects. During the demonstration, the car itself was located in Riga on the Bikernieki track, and the driver operated from Cesis.