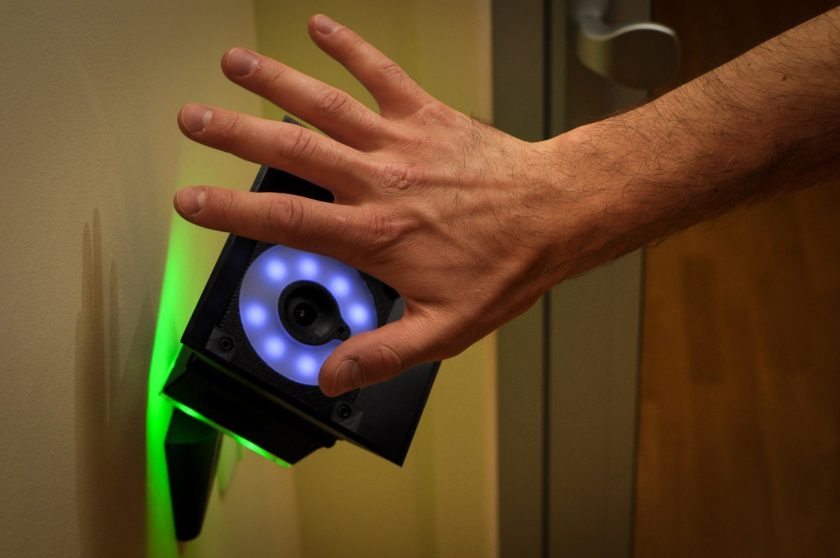 Bi-modal palm biometric system which is capable of touch-less capturing of two biometric parameters, palm veins and palm creases, synchronously with a single (RGB) image sensor. The developed prototype is shown in the image below. 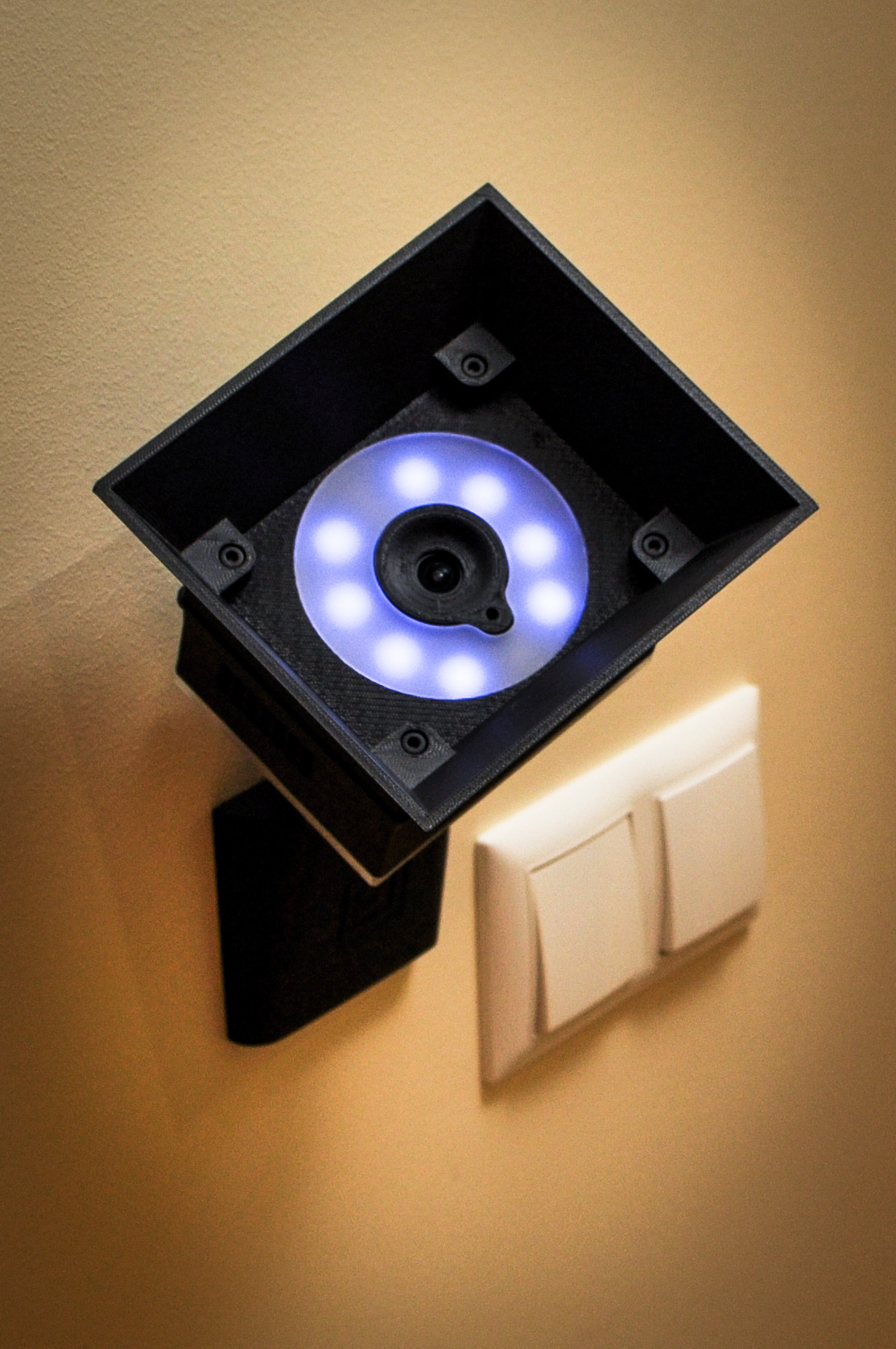 The architecture of the proposed system is based on the Detection, Alignment and Recognition pipeline. The ROI detection and alignment stages are simplified with an efficient combination of hardware (lighting sources) and software. A new feature descriptor, namely Histogram of Vectors is proposed in the recognition stage. 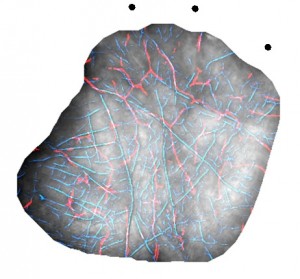