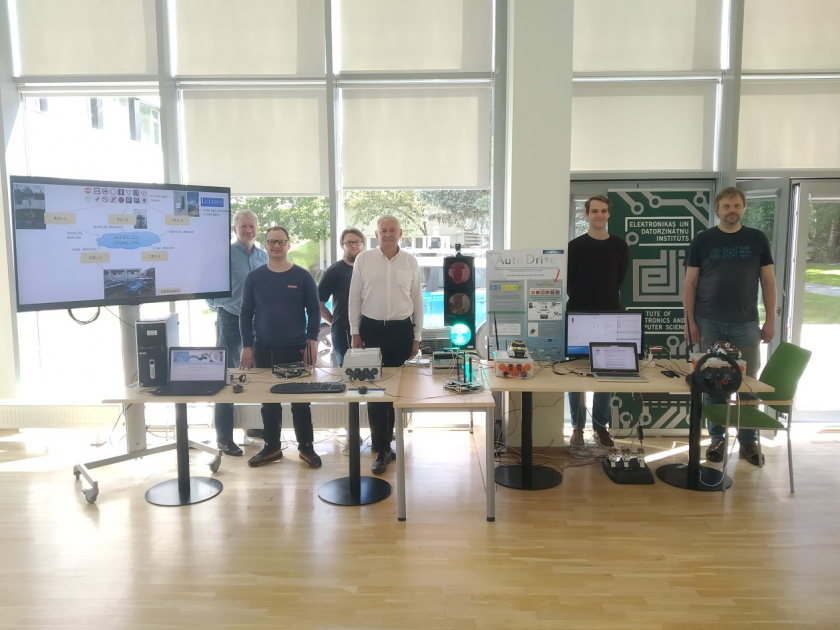 EDI successfully finalizes AutoDrive project, and participates in the final review meeting which is held online. Within the project EDI developed fault tolerant V2X technology that is be demonstrated to the event attendees. During the demonstration, evaluation of the development will be made through the execution of different scenarios within EDI ITS Testbed, involving EDI autonomous auto development platform equipped with V2X device. It will continue with scenarios in urban, sub-urban and forest scenarios. During the review EDI demonstrates prototypes of V2X system developed during the project. EDI is involved in two demonstrators, – SC2 “HAD” demonstrator done in collaboration with Tecnalia and OTH-AW partners, and SC5 “V2X assistive platform demonstrator” which was validated during the Demonstrator event held in Riga in March (https://rebrand.ly/autodriveriga).

The demonstrator uses Hardware-in-the-Loop in order to validate integration between the panthers. The following links give an overview of SC2 and SC5 HIL demonstrator receptively –  https://makonis.edi.lv/s/r9k5DLQ9MiZ3F3X , https://makonis.edi.lv/s/pm8yotZt8RCJbRF .
The following researchers were involved in the project: researchers Aleksandrs Ļevinskis, Juris Ormanis and scientific assistant Ingars Ribners from the Cyber Physical Systems Lab., researcher Gatis Gaigals from the DSP Lab., and lead researchers Dr Sc.comp. Modris Greitāns and Dr. Sc. Ing. Kaspars Ozols, and scientific assistant Daniels-Jānis Justs from the RUM Lab.