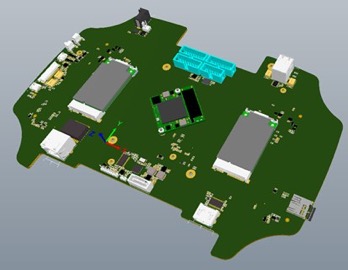 When talking regarding intelligent transport systems (ITS), what is generally comes into a mind are self-driving car algorithms, that allows the vehicle to take decisions and drive autonomously without the driver’s help. But the other important aspect of ITS is so-called cooperative driving, which can be utilized by road users, such as cars, road infrastructure and pedestrians, which are equipped with dedicated network equipment that enables them to exchange information. In such a way user have access to accurate and reliable information on other road users, they can plan their activities collectively and thus improve overall driving efficiency, such as improving road transmission, reducing congestion, improving urban ecological conditions. As an example, if a car is equipped with A V2X routing device, it can find out the position, speed and direction of another car by receiving this information over the network and taking timely measures to avoid emergency situations (see page Figure 1).

When we speak regarding self-driving cars, the role of communication between vehicles is even more important. Since the cost of a mistake could lead to certain fatalities, for which there should not be room in the automotive industry. Such scenario is very well illustrated on Figure 1. where autonomous vehicle (from right) is approaching intersection and tends to cross it due to allowed traffic light signal. With the absence of V2X in this certain scenario vehicle can in the best case would deploy “emergency braking” just prior the intersection since it perception system would not be able to identify approaching ambulance due to the obstacle such as building, and in the worst case could cause traffic accident with fatal injuries for humans. However, using V2X technology it is possible to know in advance about approaching ambulance, what would change the behavior of autonomous vehicle, which will slow down and give the priority.