A project co-financed by the European Agricultural Fund for Rural Development (EAFRD) within the framework of measure 16.1 “Cooperation” of measure 16 “Cooperation” of the Rural Development Programme 2014-2020 (RDP) within the framework of sub-measure 16.1 “Support for the implementation of projects of agricultural productivity and sustainability working groups of the European Innovation Partnership for agricultural productivity and sustainability”.

The aim of the project is to develop and put into practice an intraruminal long-acting system and method for monitoring rumen parameters in order to prolong the life of high-yielding dairy cows, increase milk yield, detect undesirable changes in rumen parameters in a timely manner and take measures for the prevention of subacute rumen acidosis (SARA).

Planned activities and result: experimental development – production, testing and validation of a prototype of the SARA diagnostic system (pH bolus) in an environment reflecting real-world operating conditions and testing of the system in a real-world environment. The developed system will increase the productivity of the livestock industry, reduce the amount of low-productive work on farms and improve the conditions of animal maintenance.

Development of the pH bolus and its components

2. The main components and their selection

The existing restrictions on the implementation of solutions are related to the dimensions of the bolus, which are determined by the purpose of its application, with the capacity of the power supply battery. Therefore, it was necessary to develop a 4-layer compact microcontroller plate on which all elements except the pH sensor would be located. The pH sensor is located on the outside of the bolus and is protected by a bolus sleeve. The switching part of the pH sensor is located inside the bolus. The pH sensor is connected to the microcontroller with a cable. The pH sensor is the most essential and expensive element of the pH bolus with the price 400 euros. The pH sensor consists of an ISFET (ion-sensitive field transistor) device and a reference electrode ET072, which, unlike other reference electrodes, is long-lived, lasts 1-2 years. The initial realization was intended for the execution of modules using a designed modular switching board with a power supply unit.

The creation of a bolus case is one of the most important stages of development, since the quality of the case determines its ability to protect the electronic devices used against substances and liquid contained in the cow’s rumen, which is able to oxidize the devices and cause a short circuit of electrical circuits. The development of the bolus hull took place in several stages. At stage 1, the dimensions of the bolus housing were modeled, which would correspond to their application in the rumen of a cow and at the same time correspond to the permissible dimensions of the microcontroller plate and feeding batteries. 2 bolus cases were made of ABS plastic. Their compliance with the dimensions of the plate and the possible position of the pH sensor was validated. At stage 2, 3 real, suitable for use bolus cases were made of PLA plastic. PLA plastic is animal-friendly, unlike ABS plastic. PLA plastic degrades with time, so it can only be used for temporary placement in the rumen of a cow.

Taking into account the results of pH bolus preparation for measurement and temporary insertion, adjustments and changes were made to the design of the bolus body. In Stage 3, 6 corrected bolus cases were made of PEI1010 plastic, which, like PLA plastic, is harmless to animals, but unlike PLA plastic does not degrade. The development of bolus enclosures took place using the SolidWorks software.

The development of microcontrollers with Altium Designer was started after the development, design, layout and testing of the AFE(Analog Front-End) scheme with a pH sensor. A 4-layer microcontroller plate was designed, the following blocks were located on it: 1) a microcontroller; 2) pH sensor interface diagram AFE; 3) a radio transceiver; 4) temperature sensor; 5) radio and pH sensor power switches; 6) power supply unit; 7) power battery.

The microcontroller plate was made in Germany, because in Latvia there is no possibility to make a 4-layer plate. In the first order, 10 plates were ordered, of which, after soldering, 8 were valid for use. When performing OS recordings on plates and checking the operation of microcontrollers, 6 plates functioned normally. Due to the dense track and small dimensions, it was impossible to make corrections with a soldering iron. In the process of testing the board, placing them in the bolus and taking measurements, 5 plates were used. In order to improve the plate, a second microcontroller plate was designed with an improved power supply unit and the shortcomings of the first plate were eliminated. But the other plate was not made, since it was impossible to order chips. In addition, 4 first plates were ordered, in which a power unit developed by RTU was used.

Initially, the sealing intended for the protection of the bolus against the contents of the rumen of a cow turned out to be insufficient. Repeated tests of the operation of the bolus showed that it is not enough just to hermetize the bolus, but additional protection of electronic devices is required. For this purpose, a general coating silicone sprayer DCA SCC3 and a two-component silicone coating mass 021 were purchased. Their application significantly improved the protection of bolus electronics against the contents of the rumen of a cow. Testing the sealing of the pH bolus took place by placing it in water for 5-10 days. Testing of the pH bolus initially took place in cows with a fistula, which made it possible to promptly insert and remove the pH bolus. Making sure of the normal functioning of the pH bolus in fistulated cows, the pH bolus was placed in the rumen of the cow LLC “Ogres piens”. 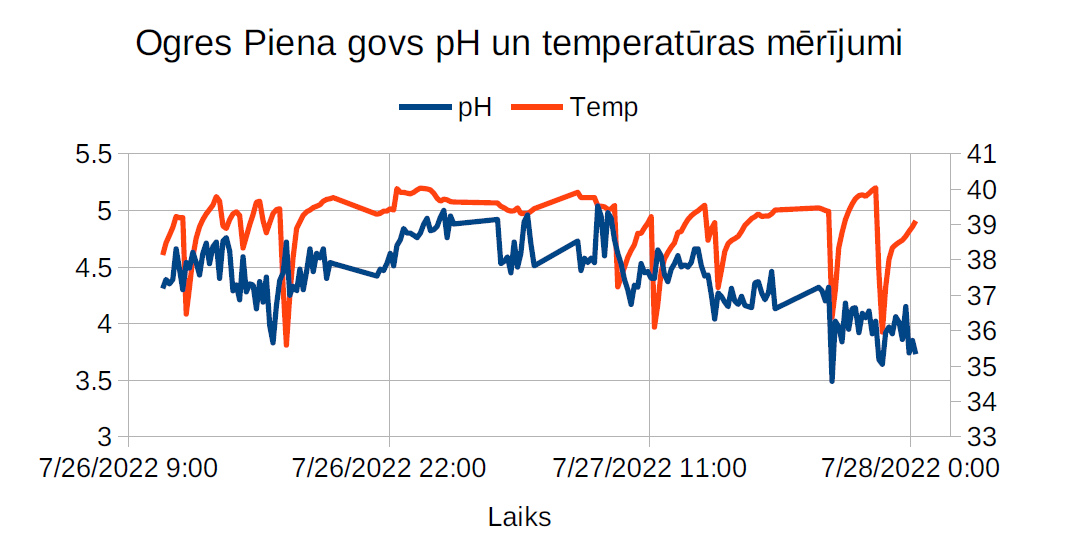 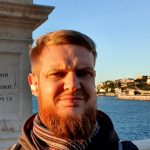 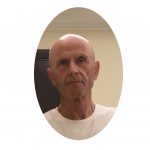 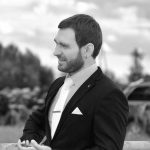